While going into Adventdalen in Svalbard Sunday 12th October to take pictures of the aurora, at 20:31 local time Omid Abolhasani noticed a flaming object low in the northwestern sky. It went slowly from the west to the east while it kept exploding and fragmenting. He quickly set up his camera and got two exposures, 20 seconds each. After that the fireball was still crossing the sky before it faded. It had an orange tint, it was visible for more than a minute and it left a white glow which some places was visible for at least 15 seconds. 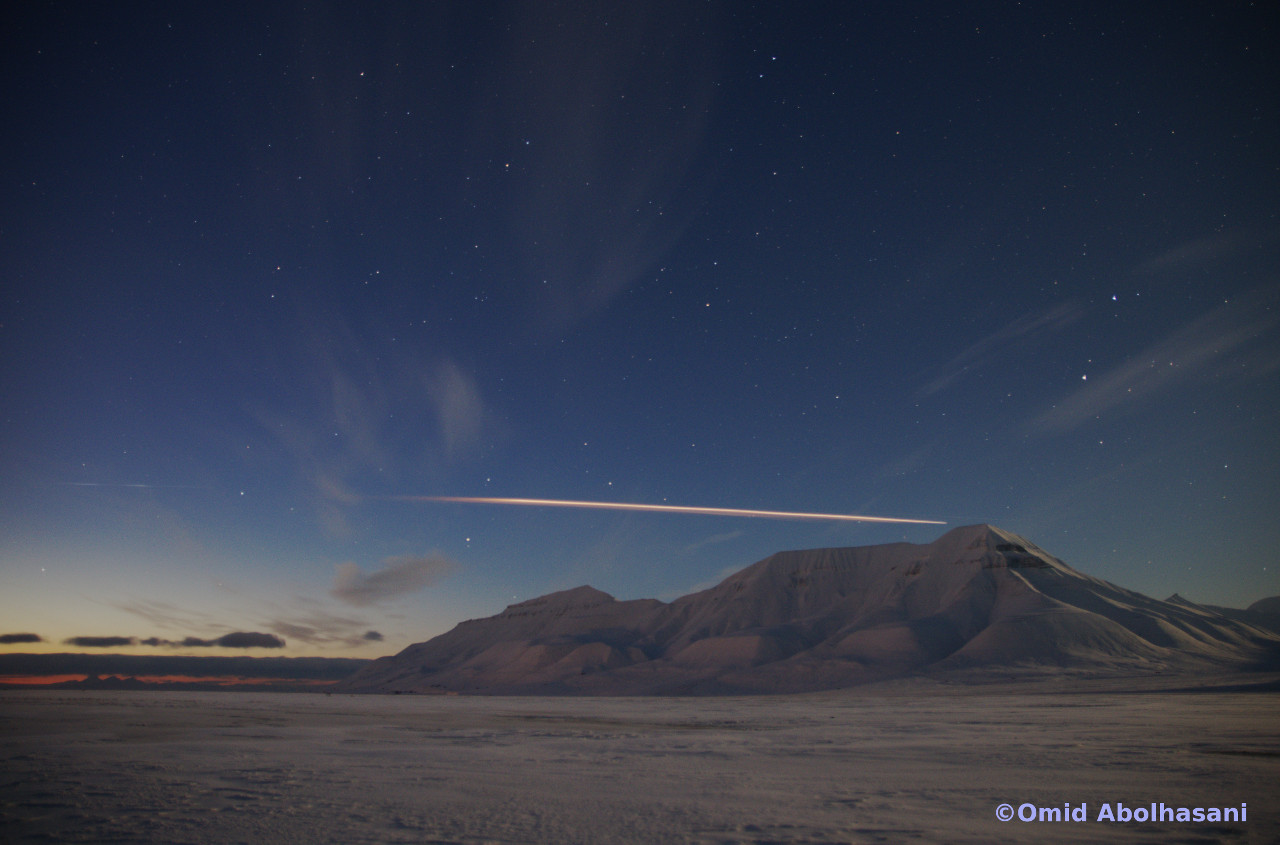 The object crosses the sky from the left towards the right over the mountain Hiorthfjellet. Photo: Omid Abolhasani

Omid posted the picture on his Facebook page, and soon people began discussing what it could have been. An airplane and contrail illuminated by the setting sun? No, because the sun was 12 degrees below the horizon. An Iridium flash? No, such satellite flashes don’t last that long, and they’re whiter and slowly increase and decrease in brightness. A meteor? Not entirely impossible, but meteors are almost never visible for more than 15 to 20 seconds. It could be an Earth-grazing meteor, though, which entered the atmosphere at an extremely shallow angle, grazing the upper atmosphere and possibly left it again. Or was it re-entering space junk?

On 30th January 1980 the Soviet Union launched the satellite Kosmos 1154. A module of the rocket which lifted the satellite into orbit then spent nearly 35 years as space junk in Earth orbit, and calculations showed that it would re-enter the atmosphere at 20:44 Norway time, give or take an hour. Rather than re-entering at 20:44 above Mongolia or China, it went into flames 13 minutes earlier when it was at 80 degrees north above the northern coast of Svalbard. This is no doubt the object observed by Omid og and several others in Svalbard Sunday night. It was likely travelling at a speed of about 8 km/s when it became visible and quickly slowing down, and breaking up about 80-90 km above ground. It’s an object with the size and weight of an average family car.

Calculations showing the orbit and the most likely re-entering point of the space junk. The dots mark intervals of 5 minutes. Map: Aerospace Corporation

People living in Svalbard are used to seeing satellites in the sky during the polar night. The Iridium satellites are well known, which several times a day briefly light up in the sky when the sun gets reflected in a panel mounted on the satellites. The reason why so many satelllites pass over Svalbard is that many satellites have polar orbits. That way they can pass over the entire planet after several orbits, and at each orbit they will come close to Svalbard. This also makes it more likely in Svalbard to see satellites or space junk re-enter and burn in the atmosphere, but it’s still a very rare sight, which is only rarely photographed, and hardly ever as well as this. So congratulations and thanks must go to Omid for his fantastic shots!

The object was also detected and photographed by UNIS at the Kjell Henriksen-Observatory about 10 km away.

I’d also like to thank Margit Dyrland at UNIS who could give precise timings based on pictures from KHO, and Esko Lyytinen in the URSA Finnish Fireball Group who first identified the object as the Cosmos 1154 rocket module. 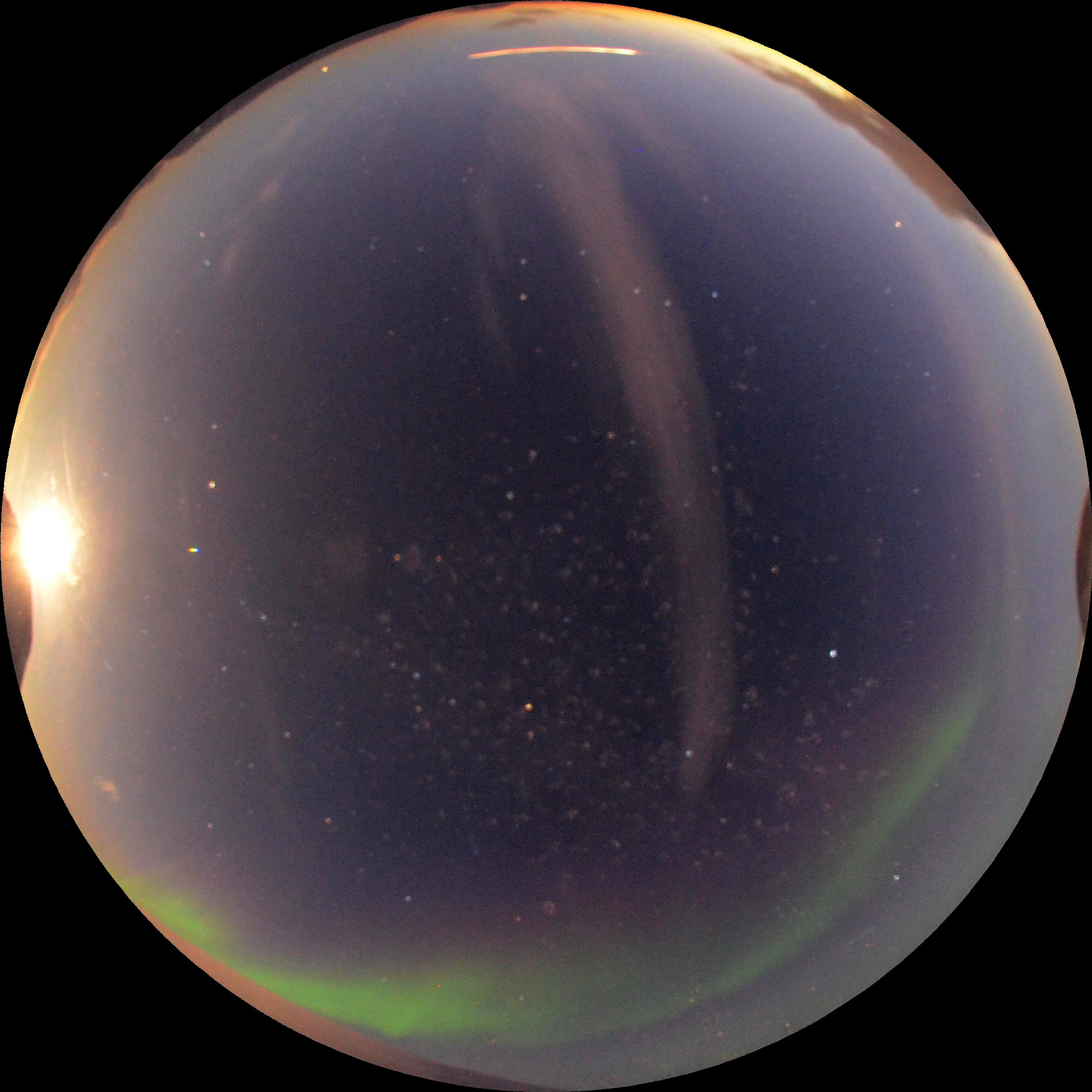