While fishing in the Setesdal moors in Valle last Sunday, 9th June, Terje Fjeldheim found Norway’s 16th meteorite. Terje discovered it in a peat bog and being a geologist he immediately understood what he had found. Yesterday, 14th June, he brought the stone to the Museum of natural history in Oslo and experts verified that it is indeed a meteorite, a chondrite, possibly an H chondrite, but a formal classification has not yet been completed. It broke in two pieces upon impact weighing 3637 and 829 grammes. Total weight 4466 grammes. 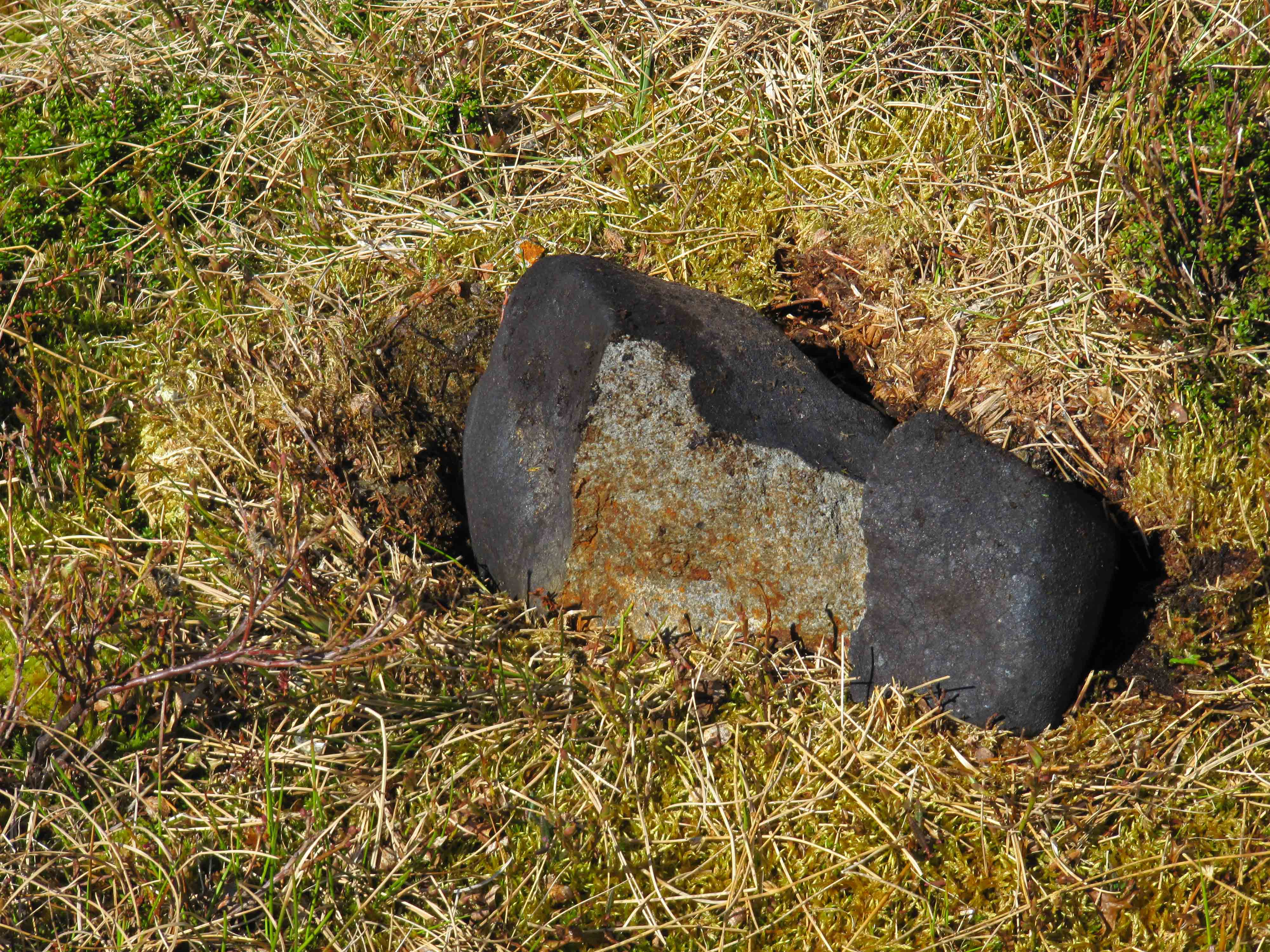 The meteorite doesn’t appear to have been in the bog for many years. There was an unusual high number of bright fireball sightings last year, in particular during February and March, and we’ve done a preliminary analysis of these to investigate whether the meteorite could have been produced by any of them. If that is the case, it would be the first meteorite found in Norway of which photographs exist during entry. The footage would also give valuable information about the orbit and origin of the meteorite.

Most famed are the meteorites that fell in Oslo early March last year. No sightings exist of the fall itself. Most likely it happened in daylight and/or in cloudy weather. A blizzard hit Oslo 7th March and few if any would then notice the sound which often follows a fireball event producing meteorites. Oslo, however, is more than 200 km away from the moors in which the meteorite was found, it was not at all near the line along which the Oslo meteorites were found and the chondrite type seems to differ as well, so we can positively rule out a connection.

There was a fireball event shortly before, on 1st March, that also attracted much media attention. A great fireball illuminated an area 200 km across around Norefjell not far from Oslo. Among the many observations were also reports of sonic booms shortly after the sightings. Even in Oslo the sounds seem to have been recorded by seismic instruments. The meteorite enthusiast Knut Jørgen Røed Ødegaard told the Norwegian news agency NTB yesterday that the meteorite found in Valle most likely comes from the fireball observed 1st March. It is correct as argued that the location of the find is in the extension of the path that the fireball was travelling, but from eyewitness reports, from video recordings and possible seismic recordings we know that it was about 25 km above the Sigdal region, about 170 km away from where the meteorite was found, where any remains of the fireball went into the dark flight stage. In this stage the fireball rapidly decelerates to subsonic speed because of the great air resistance. There is no way that a meteorite could have travelled as far as 170 km during the dark flight. That would require it by unknown physics to decrease its angle to less than 10° and remain in this near horizontal flight for a long time.

In the evening of 5th March yet another fireball illuminated the sky. A rough analysis of the event suggests that the meteor appeared about 85 km above Tjøme (somewhat uncertain, possibly lower and further to the southwest) and fell steeply due west disappearing about 42 km above Drangedal. The speed seems to have been slightly over 20 km/s. The direction would then be towards the meteorite site, but the distance of about 100 km rules out a connection. There is much uncertainty of the path, but it’s safe to say that if it was anywhere near the site, it would have gone dark at an altitude too high for producing meteorites.

There was even a bright fireball shortly after midnight on 14th March, and it produced sonic booms that shook homes and woke people from their sleep in Vrådal. Such reports suggest that meteorites have formed. This was, however, 75 km from the site and again this is too far away. Moreover, the direction isn’t right either. 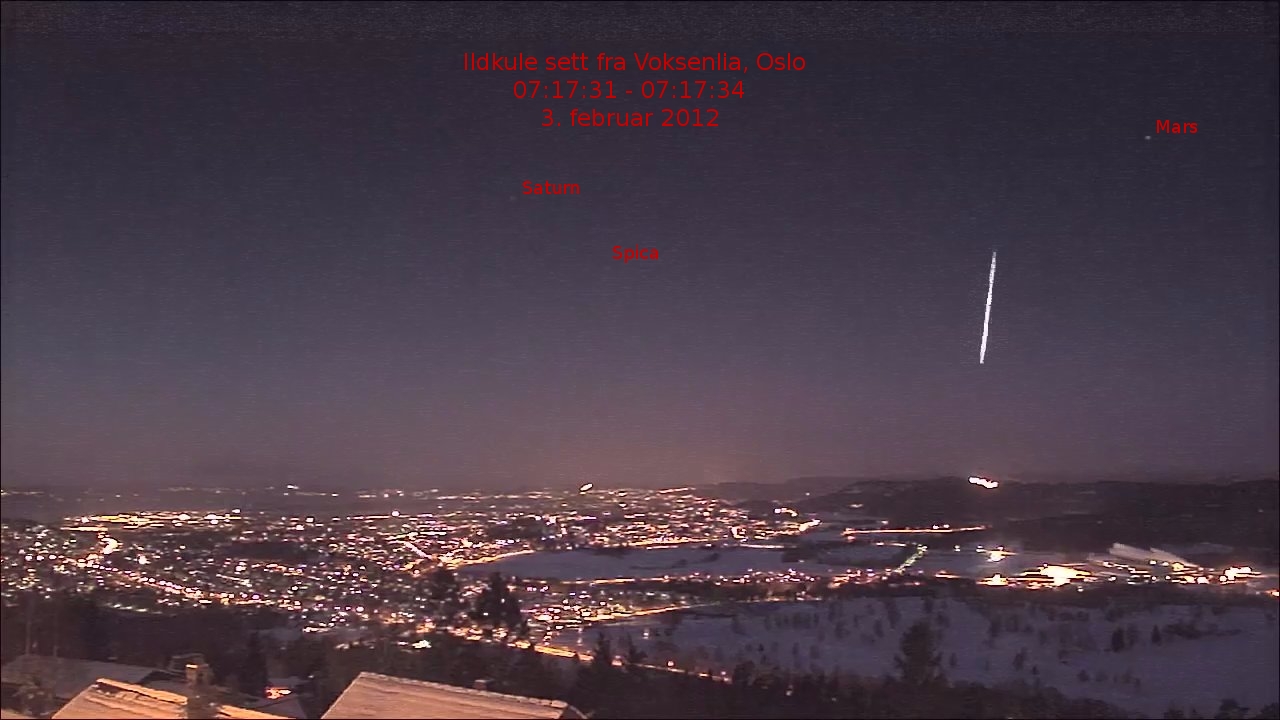 Could this be the meteorite found in Valle?

Of all the observations during the winter of last year there is one that stands out, though fairly short lived and not exceptionally bright: 3rd February 07:17:31 (GMT+1), that is, during the rush hour resulting in many witness accounts. A video of this fireball shot from Voksenlia in Oslo shows that it travelled nearly dead head on (or opposite). And the direction is a near perfect match for the meteorite site. If being just somewhat forgiving the site appears to be inside the area of uncertainty. We haven’t yet an accurate position of the site, though. 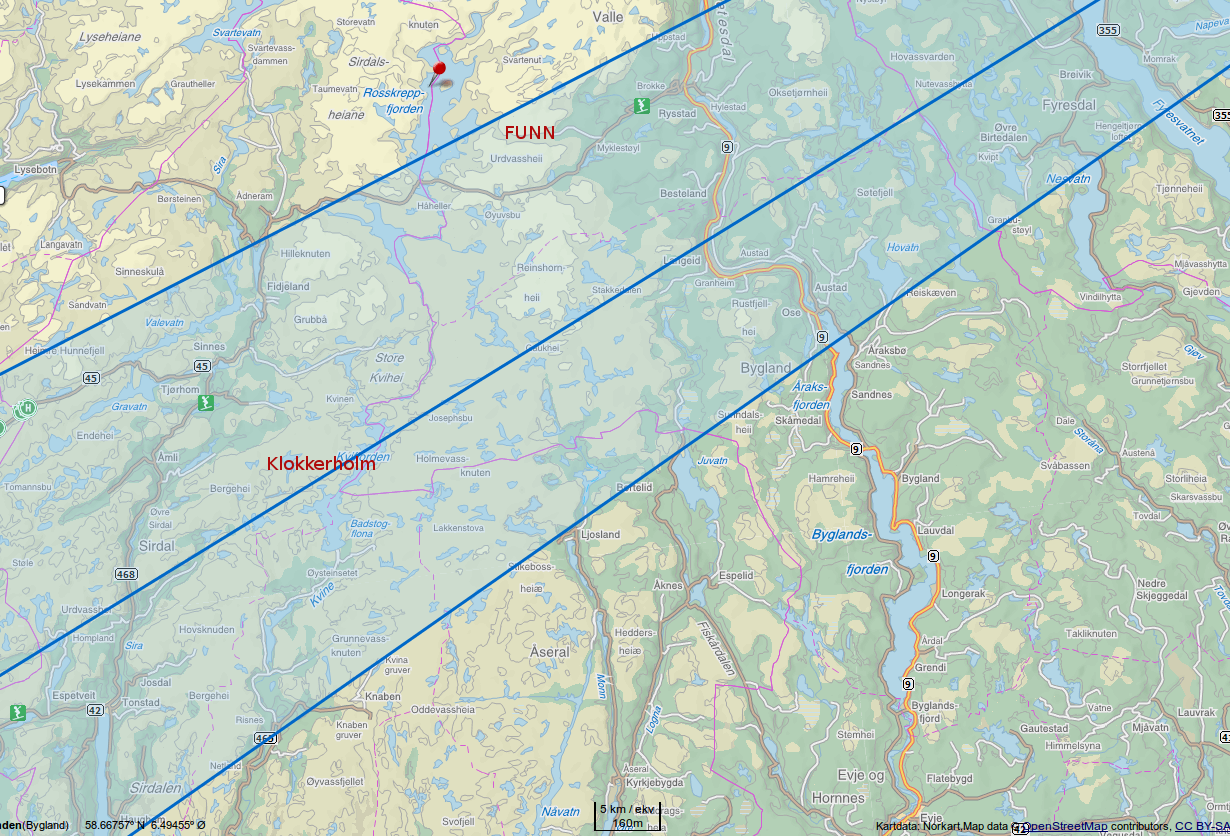 The area of uncertainty based on a video shot in Oslo including annotations of the assumed meteorite site («FUNN») and the most probable site solely based on bearings from Oslo and Klokkerholm.

The same fireball was also photographed from two different locations in Denmark, Jels and Klokkerholm, the latter most accurately, and these images show that the fireball was travelling in an eastern direction, that is, towards Oslo. Anton Sørensen sent us these pictures and their bearings. When all the bearings are compared, the fireball appears, though the bearings conflict somewhat despite it’s certain that they are of the same event, to have brightened at an altitude of 68 km and disappeared about 30 km above Kvifjorden, which is about 30 km from the meteorite site. It’s not a perfect match and it leaves some reason for doubt. Still, this fireball is by far the best candidate and with the current information it’s hard to dismiss it. It’s more than 200 km to Oslo and more than 250 km to both locations in Denmark, so some inaccuracy is inevitable. It should be added that most fireballs are unobservable. Most of the time it’s daytime and too bright, and when it’s sufficiently dark, it’s cloudy most of the time as well. So the chances that it can be observed hardly exceed 20%. Therefore we can by no means assume that any visual observations exist of the fireball that produced the meteorite.

If more meteorites from this fall are found, the probability that the meteorite fell 3rd February should sharply increase or decrease depending on whether the new finds form a line that agrees with the direction deduced from the pictures. 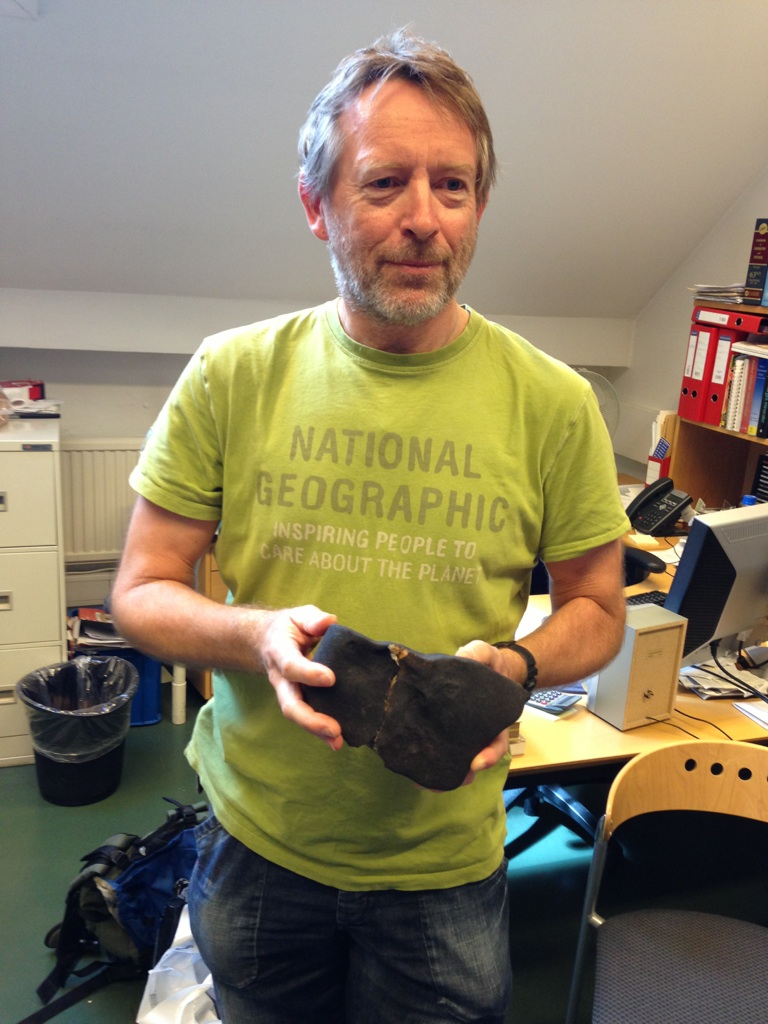